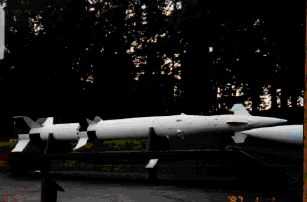 The Spartan missile was a further development of the Nike Zeus B missile. Spartan was originally called Nike-EX and was part of the Nike-X ABM system and provided the exo-atmospheric missile component of that system. Spartan was simply a longer range, heavier, higher performing Nike Zeus B missile. (The EX of the original Nike-EX name could have meant either EXtended range, or EXo-atmospheric indicating that it was now designed to intercept the RV outside the atmosphere). Externally, they are almost identical, the only real visible difference being that the 2nd stage is the same diameter as the first stage while the Nike Zeus B each stage is slightly smaller than the preceding stage. Spartan survived through the various planned deployments during the 1960s (ie Nike-X, Sentinel then Safeguard).

Flight testing of the missile did not commence until 1968 at Kwajalein and commenced without any major problems. Not surprising considering that the missile had been under test in some shape or form since 1959. Due to the high water table at Kwajalein, the launching of the Spartans presented a slight problem. Operationally, they had to be launched from silos, and so had to be tested from silos. However, the water table precluded the construction of silos below ground level without them flooding. So, the silo was built above ground in a rather large mound. This mound was locally known as "Mount Olympus". 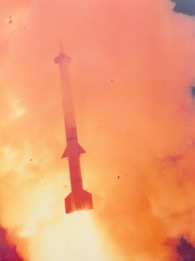 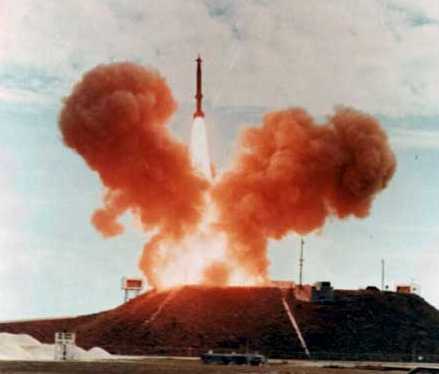 The first stage had four fixed tail fins which were inline with the four fixed tail fins of the second stage. The third stage had four fins, which possibly provided control in the atmosphere, but were offset by 45 degrees to the 1st and 2nd stage fins. Although Spartan was a direct descendant of Nike Zeus B, it appears slightly fatter, longer and heavier with a much improved performance and a much bigger warhead.

The warhead was a single W-71 thermonuclear device with a 5Mt yield. It was designed not to kill the RV by blast (which was not possible due to the altitude that it was designed to intercept the RVs at), but by thermal X-ray flux.

The DoD did have plans for further developments of the Spartan missile. The main improvements included a faster reaction time (Spartan already had a launch reaction time of about 30 seconds) plus a higher acceleration and a higher velocity. Such changes provided a number of benefits. Specifically, it allowed a much better interception capability of SLBMs which follow a more depressed trajectory than do ICBMs thus reducing the time that the ABM system has to intercept the RV. Also, the higher performance gave it a greater range which meant that it could protect a larger ground area from the same launch site. The Improved Spartan had been in planning by the DoD ever since Safeguard was conceived and it is unclear as to how much effort went into such a missile. Plans were made though to use both the standard Spartan and the Improved Spartan at the same time at the same site.

Another capability that was envisioned for the Improved Spartan was a loiter capability. This involved shutting down the rocket motors and then re-igniting on ground command at a later time to allow a more accurate interception. Due to this loiter capability, the resulting increase in accuracy would allow a warhead yield reduction from 5MT down to 1MT.

The Spartan missile had one more, albeit brief, lease on life in the early 1980s as part of the Strategic Defence Initiative to provide it with an exo-atmosphere interceptor. One concept proposed involved using Homing Intercept Technology (HIT). This is basically an optically guided non-nuclear warhead. Due to its relative simplicity, a single Spartan could hold a number of them instead of the nuclear warhead. Such a design however, contravened SALT agreements and thus never got past a paper concept and HIT was relegated to smaller missiles which were more suited to carry one such warhead. Spartan, and its mission was overtaken by other missiles and concepts.